How should we talk about climate change? 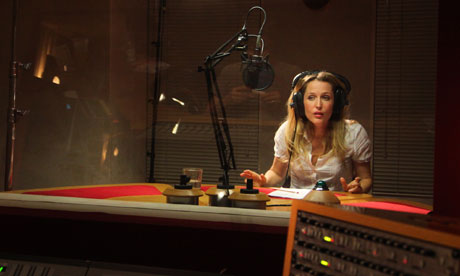 In recent days there’s been much discussion about the ‘banned’ advert from the 10:10 climate change campaign, which was withdrawn after it had upset a number of people with its cartoon violence images of environmental campaigners blowing up recalcitrant members of the public. Find out more background on the ad and see the video itself here.

I’m not bothered about whether the ad was offensive or not – my problem with it is that it simply wasn’t very good. The aim was to bring the issue of climate change back into the headlines, which it did, but for the wrong reasons as it (again) made environmental campaigners look like clumsy amateurs. It was patronising and one reached the end of the video thinking ‘what was the point of that?’.

It lacked any real sophistication or irony, and as a result may have reinforced many people’s prejudices about environmental campaigners. It also fuels the idea that people in the environmental movement really have no idea on how to communicate with the public on these issues. We are throwing everything – and anything – at them in the hope that it will stick and gain behaviour change. We are failing to gain the change we need (if this were possible in the first place*) and in the meantime are alienating people with calls to action which are either too small and potentially counterproductive, tainted with green consumerism or, like this advert, simply lacking in any motivational power or call to action.

We need to get more sophisticated in the way we approach communications on climate change, and one of the key ingredients in doing this is to really understand the drivers of people’s attitudes and behaviours on this issue. These include our habitual and unconscious behaviours as well as how we respond to wider societal and cultural influences – one example of the latter is the role of advertising in driving people towards materialistic values, which can make us less responsive to calls for pro-environmental or pro-social behaviour. There is hope though – a number of places are doing this research, including the RESOLVE centre at Surrey University, and some forward-thinking NGOs are starting to think about these issues too – for example, check out the new report ‘Common Cause’ by Tom Crompton of WWF.

*Not only do we need to think about how to seek behaviour change – we also need to understand our goals better as a movement and give serious reflection to what we can really hope to achieve on the issue of climate change. But that’s a topic for another blog post…