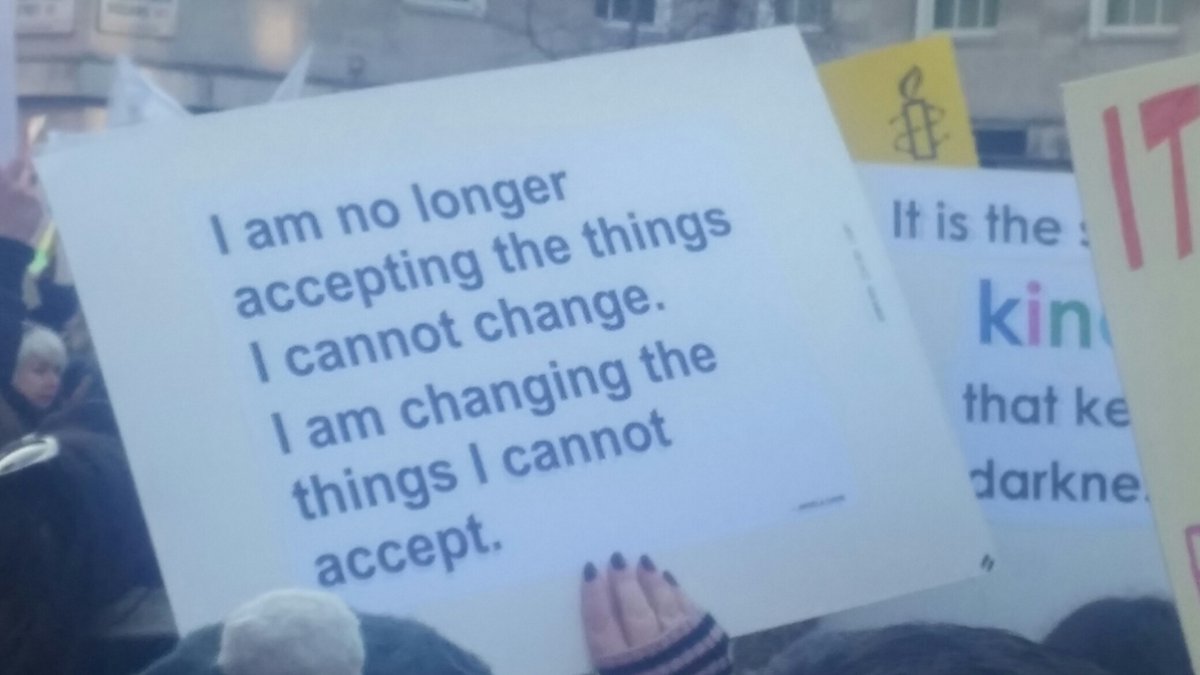 We must all fight Trump

Donald Trump’s first week in office, and particularly his decision to temporarily ban people entering the US from predominantly Muslim countries, proves something – we are all now engaged in a battle to protect civilised values, wherever we live in the world.

The nauseating stench of fascism had been hanging around his campaign for some time, and people lived in hope that some of his revolting campaigning pledges would ultimately just turn out to be hot air, but this week has seen many of them put into practice, in what looks like one of the most devastating weeks of policy making for the USA in decades – with more no doubt to come.

The USA is in a bad place at the moment and is lurching towards something a whole lot worse. There is no point in dressing it up any differently or trying to ignore it, or our responsibility towards fighting it, as Theresa May did today when she failed to condemn the policy with any strength.

There are times in history where people ask ‘what did you do about it when x happened’? This is one of those times. What are you going to do about it?

It is now up to all of us to do something and take a stand – no matter where we live.

Next ArticleDon't mention the E-word