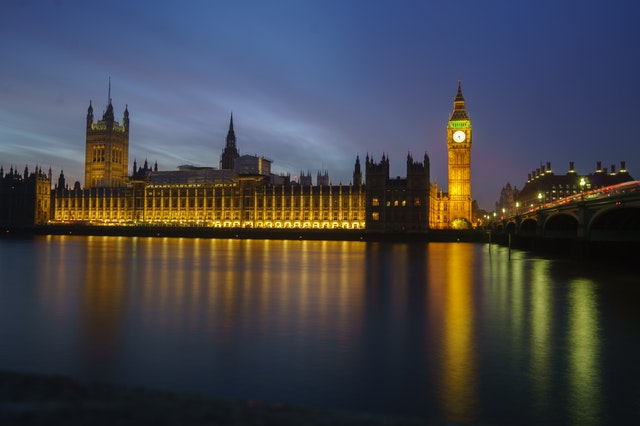 It’s Farage we should be worried about

Following the shocking (but predictable) events of right wing mobs storming the US Capitol, the phrase ‘Britain Trump’ is trending on social media – referring to Boris Johnson and the desire to get him out of office next.

Regular readers will know I’m not a fan of the Prime Minister, his political views or his political party, and I would be very happy to see him out of office. But be careful what you wish for – as among the ranks of the Tory party at the moment are people that could well be a worse choice than Johnson. My great hope – and something I will be working hard towards – is to see the Tory party itself out of office at the next General Election.

But this is not the point of this post. My point is that Johnson is not Britain’s Trump. Yes, he’s vain, destructive, lacks competence, supports dreadful, regressive policies and is not someone you’d want running your country. But he’s also not the figurehead of a far right movement, using hateful language and deliberately seeking to undermine and destroy democracy – which Trump is.

The person in this country most deserving of the moniker ‘Britain Trump’ is in fact Nigel Farage. He appears to have a more radical and poisonous worldview than Johnson – one that is much more in line with Trump’s. And, although he may not be Prime Minister, he has achieved a lot. Like Trump, he harnessed a base of right wing support and pulled off an unlikely victory (gaining Brexit) which will change this country for the worse for decades to come. In short, he is capable of building movements.

The real danger I see in the UK is of Farage feeling that his work is not done with Brexit. Like the US, the UK is polarised in its own way, and an opportunist like Farage could take advantage of this by galvanising the discontent, fear and anger in the country at the moment by stirring up further hate and division and offering a new political ‘solution’ to this which leans much further to the right – towards Trump’s politics.

If he were to do this, the ominous point is that Farage is a much more intelligent operator than Trump. He has greater political savviness and the ability to take advantage of opportunities when they come his way.

I don’t have any exclusive insight into Farage’s motivations. But, of all the political actors in the UK, he concerns me the most. We have already seen him using the populist’s playbook – and there’s the danger that he’ll do it again. We must be vigilant in defending ourselves and the country against this, and must also be tireless in our work to come up with progressive political ideas that will beat regressive ones – and give everyone the chance of a genuinely better life – not a few at the expense of the many, or at the expense of particular groups.

I’m in the process of writing a book about how we can prevent the rise of hatred and tyranny. In the UK, one of the first things we can do is keep an eye on Farage and do everything we can to ensure his brand of politics doesn’t have any more influence on the future of our country.

Next ArticleNew podcast - 'The Big Questions' - out now!