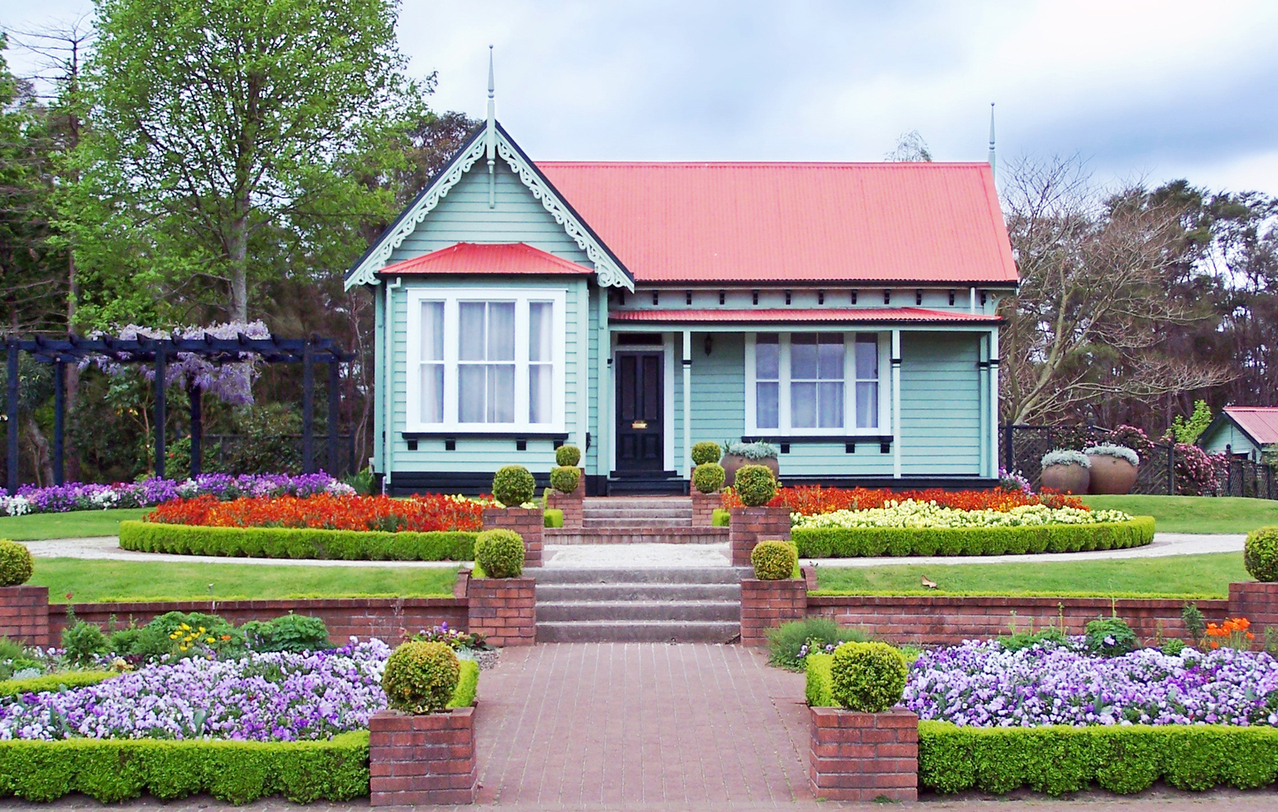 Picture the scene. You’re walking through a beautiful village in the countryside. The sun is shining, the birds are singing and the whole scene is idyllic. What is the first thought that enters your mind?  Is it something along the lines of “I feel happy to be alive” or it is more like “I wonder how much that divine 2-bedroom cottage is?”?

There seems to be something about modern life, perhaps in middle age when one has greater affluence, that makes it hard for people to just experience and enjoy things in their own right, and instead leads to them wanting to acquire them.

It would be tempting to label this thinking with the pejorative adjective of ‘childish’, yet it is quite clearly anything but, as I certainly didn’t have this tendency when I was younger, yet now I can see it in many of my friends and – to my great shame – in myself sometimes.

This need to acquire things isn’t just driven by an actual desire for the item under discussion (although it may be to some extent) – it’s also driven by a more defensive impulse – the fear of losing ground to other people and the desire to keep up with others in a competitive world.

We see the world as a race to maximise our own resources (in competition against everyone else), and in such a highly competitive worldview we become afraid of not making the most of our opportunities and losing ground on other people.

This leads to everyone feeling a pressure to acquire, protect or monetise things – from houses to new ideas – in fear of them being snapped up by someone else or rising in value because of the market so that they’re unaffordable in future. It’s a similar reaction to throwing your arms around possession defensively and shouting ‘it’s mine!’.

This isn’t simply a form of status anxiety – it’s a form of ‘acquisition anxiety’, jostling for resources within a highly competitive environment.

And this pressure never ends – as even when we have reached the enviable position of having a perfectly good house, we may be anxious about taking the next step to buy another one or a bigger one, in order to make the most of the decent position we have got ourselves into – even though in our hearts we may be perfectly happy with what we have and realise that this is adding unnecessary pressure and distraction to our lives.

Why does it matter?

This acquisition anxiety is a powerful influence in our lives and can have a range of negative effects on us. It reduces life to a series of acquisitions and our success in living to our ability to gain more material goods, which most of us know by now is no way to gain fulfilment. It distracts us from the things that really matter in life, including appreciating the experience of living itself. It stops us from being content with what we have. It also creates a massive level of self-imposed stress and pressure for us to endure.

The development of this trait isn’t simply a product of middle age, as it isn’t confined just to people in this group.  Instead, it reflects a broader and worrying cultural trend – namely, that neo-liberal, market-led thinking now dominates our culture so much that it has seeped in to influence our own individual worldviews.

How can we change things?

We mentioned earlier that this ‘acquisition anxiety’ was a feature of jostling for resources within a highly competitive environment.

Some of the resources in the modern world (like houses in the UK) are finite, but others (like ideas) are not.  The immediate issue is not with the availability of resources though, but rather with the culture of extreme individualistic competition, and if we got rid of this toxic atmosphere we would remove much of the ever-accelerating ‘race to the bottom’ that we are currently on.

The world doesn’t have to be hyper-competitive like this but for the past 30 years global thinking has been dominated by a neoliberal market-led view of economics and this has seeped into every area of society, including our own worldviews and attitudes as individuals.

We need a different economic model to drive a shift in culture away from neoliberal individualism and towards greater compassion, collaboration and a fairer distribution of wealth.  See my book ‘Modern Life – as good as it gets?’ for more thoughts on what such a world might look like and how we could get there.

This cultural shift would not only make life a great deal more pleasant and fulfilling for the majority of the world’s population (including us in the west) but would also provide a more viable way forward for a world with an ever-increasing population to share resources between. The alternative may be chaos and breakdown – or a dystopian picture of a future where 1% have all the resources and the other 99% have very little.

A final aside, on the specific issue of housing. Aside from the broader shift in thinking outlined above, we need to protect certain resources from the competitive pressure of the marketplace – and this includes housing. The UK is one of the most inflated housing markets in the world – in part due to scarcity but also further inflated by second home ownership, the buy-to-let market and other symptoms of an extreme, marketised housing system.

We should therefore ease the pressure on the UK housing market, not just by building more houses, but by seeing decent housing as a basic right for everyone, and therefore beyond the reach of the market – so that people are not able to own more than one property.  This would help to take the heat out of the housing market and lead us towards a saner vision of housing – one that is held in many other European countries.

Next ArticleLet’s get angry!