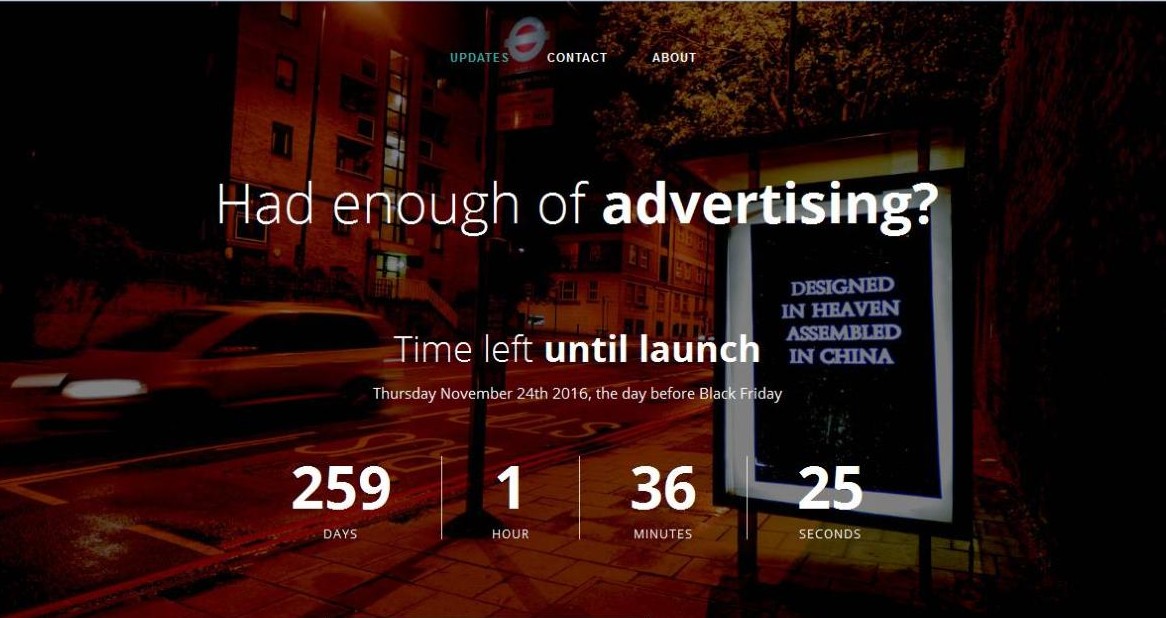 I co-founded Ad Brake in 2013, and now keep an advisory role. It is the national organisation that aims to reduce the influence of advertising on people’s lives and stop its creep into further areas of society.

Consumerism is one of the strongest forces affecting our lives in the modern world. Every day we are surrounded by messages telling us that in order to be happier, better and more successful we have to have more stuff. It can act as a trap, leading us to consume beyond our means and beyond the planet’s resources, ignore important global issues like the environment and live money-focussed lives that neglect the things that really matter to us like friends and family, creativity, peace and fulfilment. Despite this, many people remain unaware of just how far consumerism has crept into different areas of our lives or the level to which it can affect us.

Advertising is the engine of consumerism.  Every day, each of us is bombarded with around 1,600 commercial messages. Advertising has become one of the most dominant means of communication in the world, and we are exposed to it through an ever-increasing range of sources.  It has found its way into more areas of our lives than ever before – including those it has no place to invade, such as public places like schools and hospitals.

Advertising has become a negative force in its current form, for reasons including the following:

Despite the harm that it is doing to society, no organisation existed in the UK to challenge the role of advertising – until now. Ad Brake will use use a range of innovative methods to reduce our exposure to advertising and empower the public with the information and tools they need to understand, manage and challenge the influence that advertising has on them.

Ad Brake is due to launch on November 24th 2016. For more details and to get involved, visit www.adbrake.org.uk.