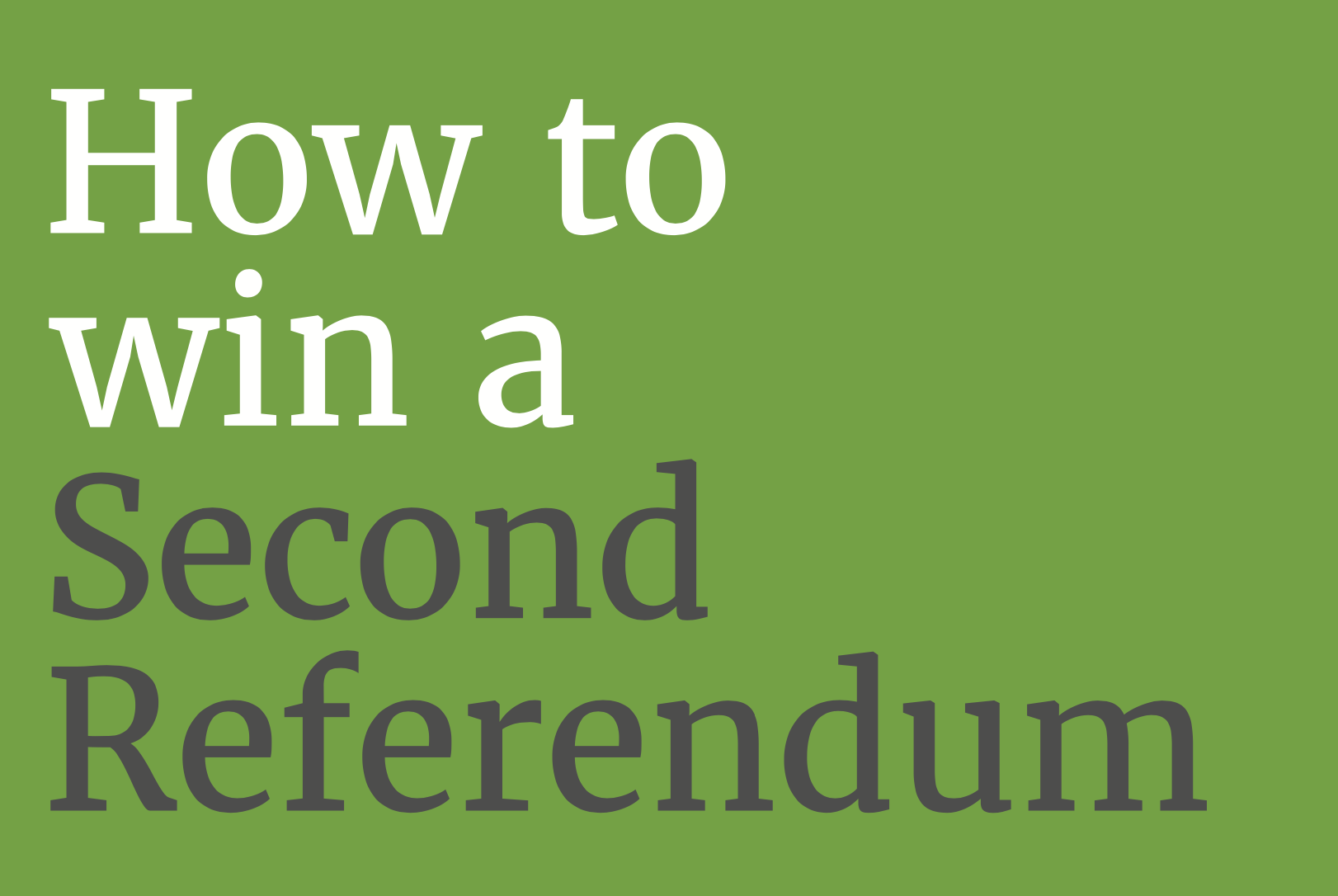 Following the result of the 2016 EU Referendum, there was a possibility that a second referendum might take place.

At this point, I produced a report with campaigner Chris Rose to explore the type of campaign and communications that would needed for the ‘Remain’ side to win a second EU Referendum, should this take place.

We applied a range of insights from behavioural science to produce a detailed analysis of the flaws of the original Remain campaign, as well as the strengths of the Leave side’s approach. We then built a set of detailed recommendations on how a future Remain campaign could plan and communicate its message more effectively.

This report gained traction and influence with a number of key political figures, and helped to inform the pro-European campaign within the Labour Party.

To request a copy of this report, please get in touch.

Next ArticleMaking the world better